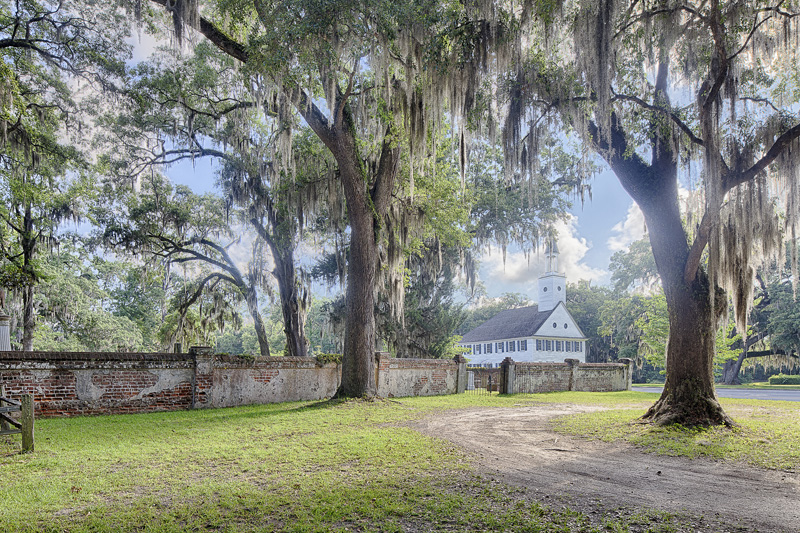 Featured here are what are known as ‘Retreat Churches’ located in coastal Georgia in Long and Liberty Counties. These Retreat Churches, including the mother church, Midway Congregational, represent some of the earliest histories in Georgia.

Slavery had been banned by the Trustees in the original colony but this law was rescinded in 1751. The lifting of the ban opened the way for Carolina planters to expand their slave-based rice economy into the Georgia low-country. These planters flooded into Georgia, bringing hundreds of enslaved people with them, and soon dominated the colony’s government.

Because malaria was prevalent in the low swamplands in the Midway Section, the plantation owners began establishing summer homes in what they termed the pine-lands. In these areas, they built their retreat churches, Flemington, Walthourville Presbyterian, and then Dorchester Presbyterian.

We are grateful that all four of these churches still stand to help us interpret this early time in Georgia. The affluence of these planters and congregations is evident in the dramatic and fanciful architectural styles that you will see in the images below.

In 1815 Mr. William Fleming wishing to establish a summer home and at the same time enjoy the society of his friends, surveyed a tract of vacant land and laid out lots.

After selecting one for himself, he gave the remainder to some of his friends, thereby establishing a retreat known as Gravel Hill.

By the 1850s the settlement had become more permanent and was renamed Flemington for its founder. It was during this time that the present meeting house was completed in 1853.

Walthourville Presbyterian is an architectural jewel that has been preserved virtually intact since it was built in 1884. The church has roots that go back to 1820 when the first meeting house was established to serve both Baptists and Presbyterians.

According to a local history, this particular spot was chosen for its high and dry location. Twenty eight one-acre home sites were placed around a four-acre “square” in the center of the Village given by Mr. Busby for a school and church by deed dated June 14, 1852 and thus, the community of Dorchester was born. In 1854, the Presbyterian Church was built and services were held once a month.