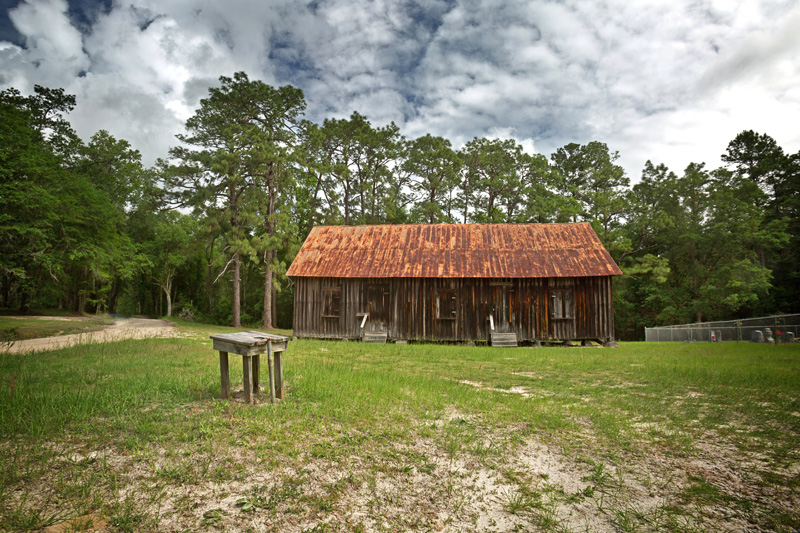 Tucked deep into the state along the new U.S. territory called Florida, a group of hearty European settlers pushed into South Georgia in the early days of the colony. Spread across land that was then (and largely is still now) swampland and pine barren, these people were from a rugged working class who were willing to risk everything in order to cut out their piece of this new territory.

Coming largely from the Carolinas and Northern Georgia, these white settlers descended predominantly from English backgrounds. In this early state and young nation, religious freedom was a right that was clung to patriotically by many and the group we will introduce to you today was no different.

The Wiregrass Baptists (also known as Primitive and Hardshell Baptists) sprung from numerous fissures in the larger Baptist church. The congregants often found themselves at odds with each other over various issues like Sunday School and missionary work that eventually led to factional spread amongst denominations.

After a particularly heated debate in the church in the 1830s over mission work, the first section of what we call Primitive Hardshell Baptists began.

These folks were inextricably bound to the primitive region in which they had come to settle and their faith, practices, and architecture evolved while embracing the landscape and hardscrabble lifestyle that was common in that time and place.

In fact, the name Wiregrass came from the native Aristida Stricta (aka Wiregrass) straw that grows abundantly in this part of the state.

Because each church was constructed on-site of native materials with local church labor, the buildings will vary a bit from site to site, but in general, they were all built low to the ground, with unassuming entryways.

Their strict beliefs permeated throughout their architecture as well and required that their church buildings have no ornamentation, no paint, no steeple, and no window treatments.

On some of the buildings in this area of expansive swamps, cypress boards have been used for siding, as is the case here. Cypress apparently weathers to black with extended exposure to sun and rain. The beautifully contrasted reds are of heartwood that are more resinous than the surrounding wood.

We are grateful to report that today, a handful of Wiregrass Primitive Church buildings still stand, and if you have the chance to visit them, it is truly like stepping back into a time machine.

You can learn more about 11 of these Wiregrass Primitive Churches we have in our database, listed here. Click on any of them to read more about each individual church: