Saving Critical Monuments to Our Past Historic Rural Churches of Georgia was founded in 2012 by Sonny Seals and George Hart with a mission to research, document and ultimately preserve historic rural churches across the state. The movement started when Sonny inadvertently discovered his great grandfather’s grave in the old graveyard of Powelton Methodist, a long inactive church in the “lost village of Powelton”. That discovery of his personal family roots and the related history of the little village of Powelton led Sonny and George to wonder about the old rural churches across the state and the disappearing villages. How many were there? What will happen to them? Does anybody care? Is there any way to save them? These questions are what led to the development of this website.

Georgia is blessed with many of these old rural treasures, but many of them are now gone and others are badly in need of assistance. HRCGA has recruited a group of very talented and passionate photographers to document these treasures in the style we think of as “reverential documentation”.  Our group of talented photographers make these old sanctuaries come alive with beautiful photographs, while paying appropriate attention to the primitive architectural integrity of the structures. We try to capture the beauty of the sanctuaries, inside and out, but also the history behind them. We also use the haunting cemeteries to tell some of the stories of the rural pioneers who founded and built these treasures. Simply put, Georgia history in unique in many ways and Georgia history is rural church history…the story of who we are and how we got here. 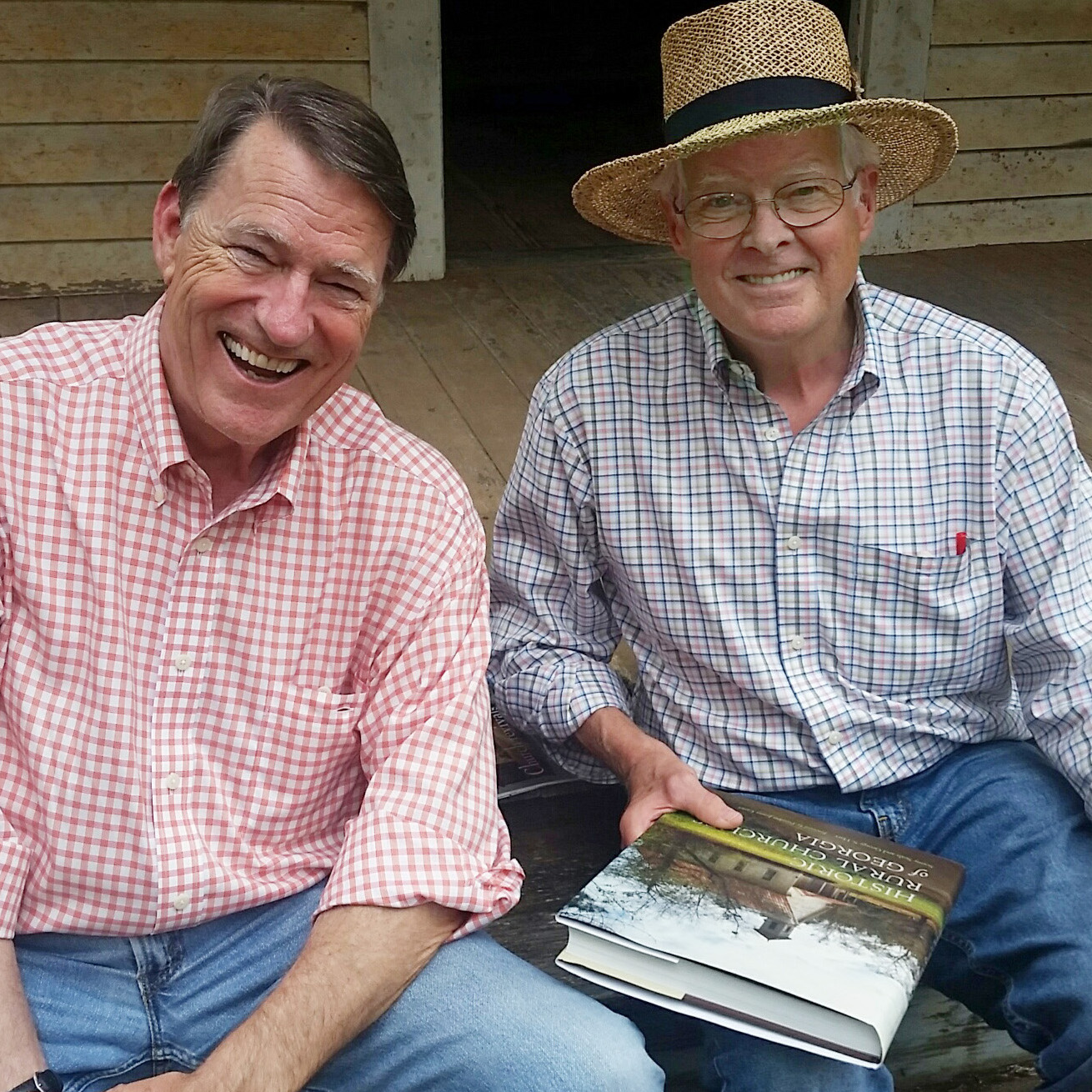 Mr. Seals is the Chairman and Co-Founder of Historic Rural Churches of Georgia. Presently he is the Founder and Managing Director of Eton Partners LLC, a retained executive search firm. Prior to founding Eton Partners, Mr. Seals was a senior executive with A.T. Kearney, a global management consulting firm, and Russell Corporation, a textile and athletic apparel company. Mr. Seals is an active member of the Atlanta Arts Community and has served on the executive committee of the Alliance Theater Company board of directors and the Alliance Theater advisory board for several years. He is a graduate of Georgia Tech and has served on several boards there including the Alumni Association Board of Trustees and the Ferst Center for the Performing Arts. He presently serves on the external Arts Advisory Board at Georgia Tech, where he is the former chair.

Mr. Hart is the President and Co-Founder of Historic Rural Churches of Georgia. He has a career that includes senior positions in the technology and real estate industries in Atlanta. He is especially interested in inner city, adaptive re-use developments. He has served on the board of the Atlanta Humane Society for many years and presently serves on the board of Historic Oakland Foundation, where he was the past Chair. He is Chairman of the Line Creek Community Association and has served on the Fairburn City Planning Commission. Mr. Hart is a former Naval Officer, a graduate of Emory University and the Harvard Graduate Business School.

Mr. Gay is the Chairman of Gay Construction Company, a general construction firm that has been involved in many large adaptive re-use projects in the Southeast. For many years he has been involved with the Atlanta Area Council of the Boy Scouts, Hillside Hospital, the YMCA and the Atlanta Kiwanis Foundation. He is actively involved with his church, Peachtree Presbyterian, where he serves as an Elder. He is a graduate of Georgia Tech and has an MBA from Georgia State. Mr. Gay has served as President of the Georgia Tech Alumni Association, is presently a Trustee of the Georgia Tech Foundation and is on the Emory University Board of Visitors.

Mr. Ward is a principal in the architectural firm, Warner Summers. Scott joined the Warner Summers firm in 1981. As Principal, Scott leads the Warner Summer staff of 15 in the design of commercial facilities, including educational, industrial, commercial interiors, financial and medical building types. Scott is a graduate of the Georgia Institute of Technology’s College of Architecture. He is a member of the American Institute of Architects (AIA), National Council of Architecture Registration Board (NCARB), and is licensed in 14 states. He currently serves as a board member with the Flannery O’Conner Andalusia Board as Chair of the Building, Grounds and Collection Committee and the Dewees Island Architectural Registration Board. Mr. Ward is also involved with Friends of the Purification Church, set up for the purpose of restoring the oldest Catholic church in the state located in Sharon, Ga.

Mr. Beard is a retired Senior Vice President of Wealth Management for Morgan Stanley. Tom joined Smith Barney, now Morgan Stanley, in March of 2004, coming from the Private Wealth Management division of Deutsche Bank Alex Brown. As Managing Director with the Deutsche Bank Mid Atlantic Group for the investment banking division, and as Director of the Atlanta branch of Stephens, Inc. (Little Rock, Arkansas), Tom launched investment banking opportunities on a national and international scale, with a focus on the Southeast. A graduate of the University of Georgia business school, Tom was a U.S. Army officer and later served in the White House as Deputy Assistant to President Carter. He has been a board member with Children’s Healthcare of Atlanta, The Atlanta College of Art, The National Symphony Orchestra Board of Trustees, The President’s Committee for the Olympic Games in Atlanta, the International Campaign for Tibet, and Camp Sunshine. He is also a former co-owner of three Winston Cup NASCAR race teams.

Mr. Verner is the retired Sr. VP, External Affairs for the Georgia Electric Membership Corporation (EMC), representing 41 electric membership corporations, Oglethorpe Power and Georgia Transmission Corporation – who provide electricity and other services to more than 4.5 million Georgians across the state. As head of Georgia EMC External Affairs, he coordinated the representation of EMCs’ interests before the Georgia General Assembly, Congress, and state and federal agencies. Mr. Verner also oversaw Georgia EMC’s communications, public relations, member services, media relations and the publication of the EMCs’ popular monthly consumer publication, GEORGIA Magazine. Mr. Verner has served on the board for Leadership Georgia and he currently serves on the boards of 2020 Vision for School Nutrition, the Ferst Foundation for Childhood Literacy, and the Georgia Humanities Council.